Welcome to another week of things to like.  Still around my house, but I'm not getting bored enough to weed flower beds, so sorry for those pictures.

I'm loving my outside plants!  The petunias are going gangbusters, the marigolds I planted from seeds have the first buds so hopefully should start blooming soon, and my dahlias are growing well.  Blue doesn't like the hose but likes to be near me, so he's never sure at watering time. 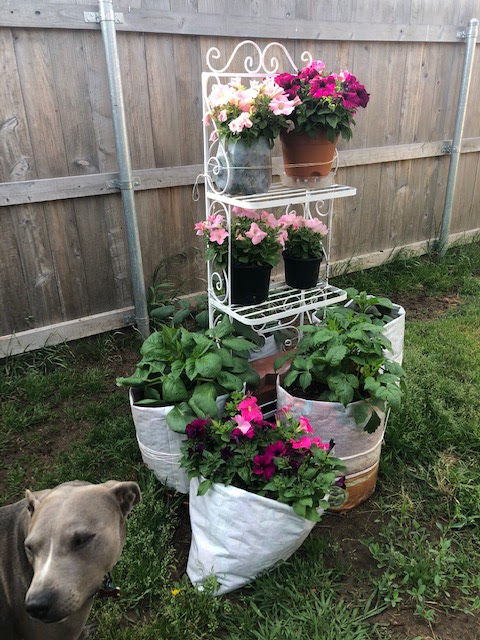 I had to go to the grocery store this week and while wandering down the wine aisle I saw one of the little hanging things was selling ping-pong balls.  What ever possessed someone to think oh, the ping-pong balls should go over with the wine? 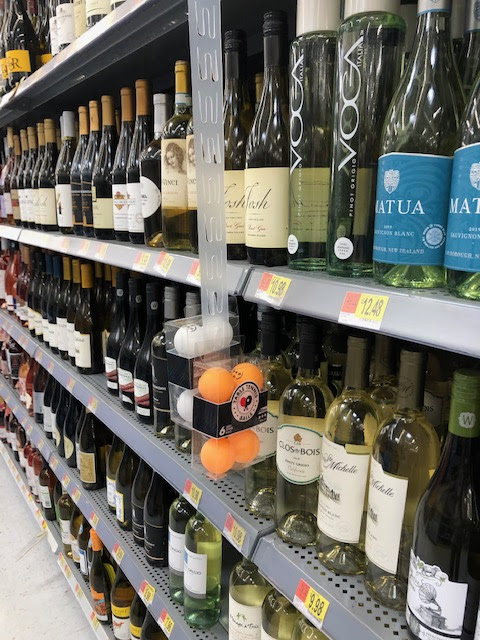 I love my Bentley!  He was super super gross this week, I have no idea what he rolled in but it was bad, so on Tuesday I gave him a bath.  He doesn't like it but tolerates it, and now he's clean and nice and fuzzy.  So much better for snuggling.  Although he's shedding badly right now and that's always worse after a bath.  I was brushing him yesterday and clouds of fur were going everywhere and then Blue rushed up and sneezed directly into my face, so it was grossness all around. 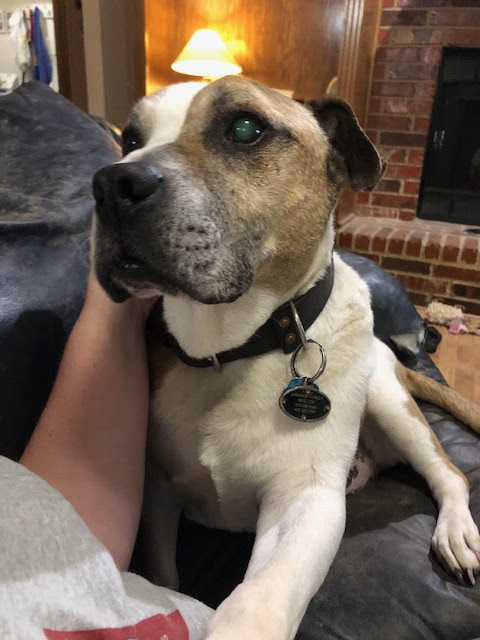 This is one of my houseplants and it has started blooming (tiny little round pink flowers sort of in the background).  It's never bloomed before! 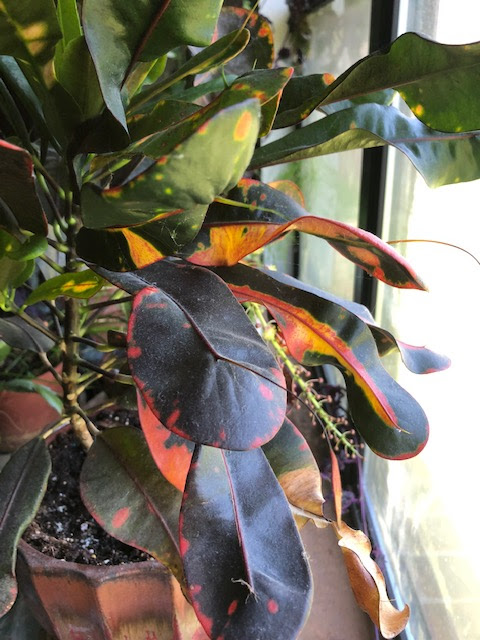 I finally own a wheelbarrow cart thing!  I'm going to be hauling pavers later this weekend, and thought it would be really nice to have one.  I didn't want a traditional wheelbarrow, they always seem tippy, so hopefully this will be serviceable.  I had to assemble it but it feels nice and sturdy. 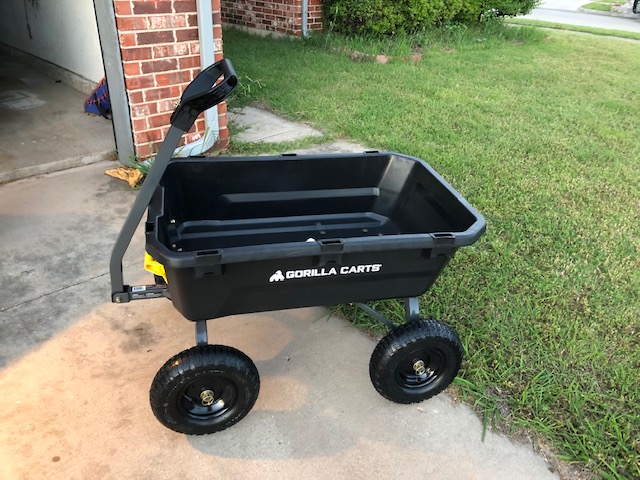 Balled up yarn for a new knitting project this week.  For some reason I find this task very enjoyable.  I love the spinning swift.  This was the last skein I got on clearance when our local yarn store closed a year and a half ago, and it's very nice yarn.  I'm excited to work with it. 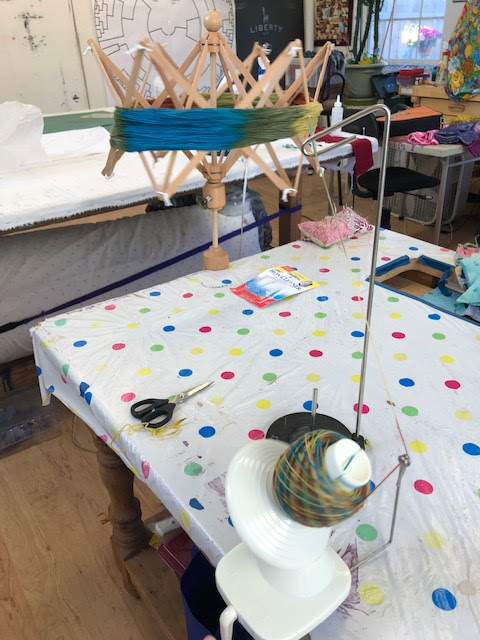 My apple trees and crabapple trees have apples!  I was worried because we had a couple of late freezes, but everyone has fruit, so we'll hope for a nice harvest later this year! 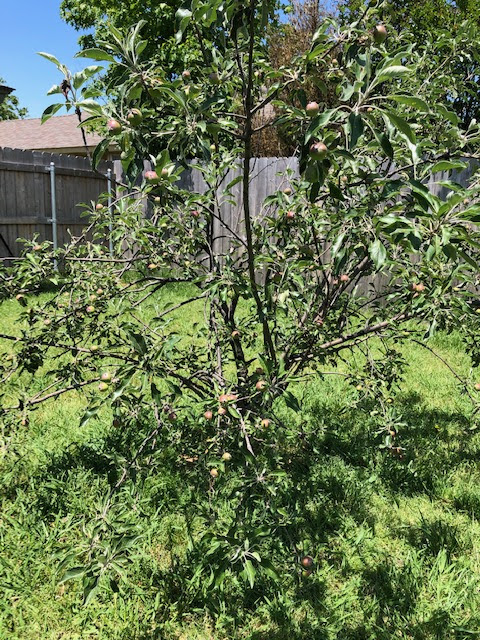 I blogged about another dimensional piece this week, It's my interpretation of a wall lantern.  You can read more about it here. 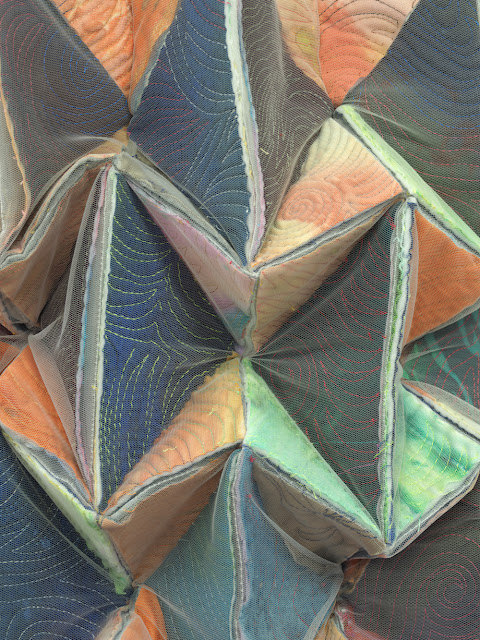