Training for the Triwizard Tournament

I hope everyone had a lovely Thanksgiving!  I was privileged to spend it with my family in New Mexico, and had a great time with my parents and everyone else.  I love the advent season, and after some gentle reminders from Mike about not overscheduling, I'm going to try to enjoy this year without going crazy.

Ever since August, my sister and I have been training to run a half marathon, and back on November 1st, we actually ran our first one!  It was a huge accomplishment for us both.  I've never been a big runner, and I didn't think I could do it.  We had a good time, and Becky has actually decided to train for a full marathon!  I think I'll stick with the half, and our next one will be the end of January.  It's a bit harder to force myself outside to run now that the weather is cold, but I'm trying. 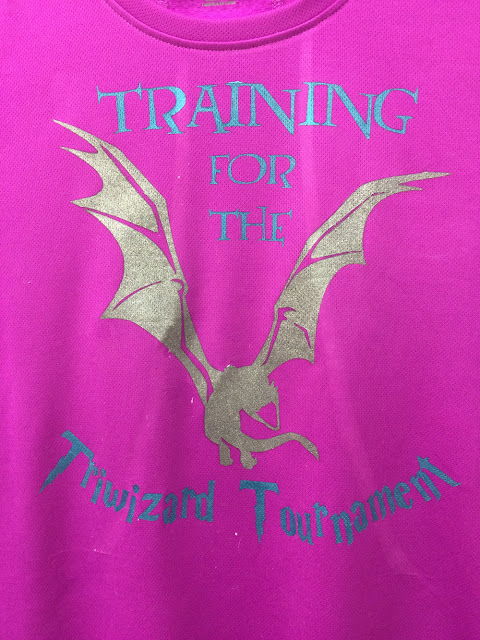 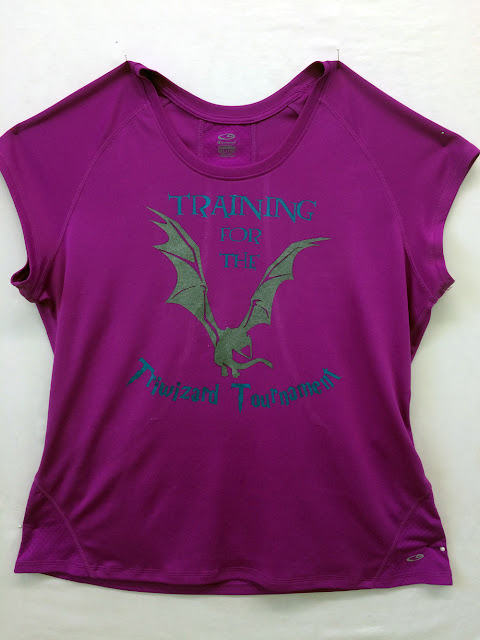 Here we are right before the race with my sister's friend Diana who also ran with us.  It was raining at the end and we were exhausted, so there aren't any good pictures of the "after".  I was really excited to find bright 80s pattern neon-y running pants (it's the small things...). 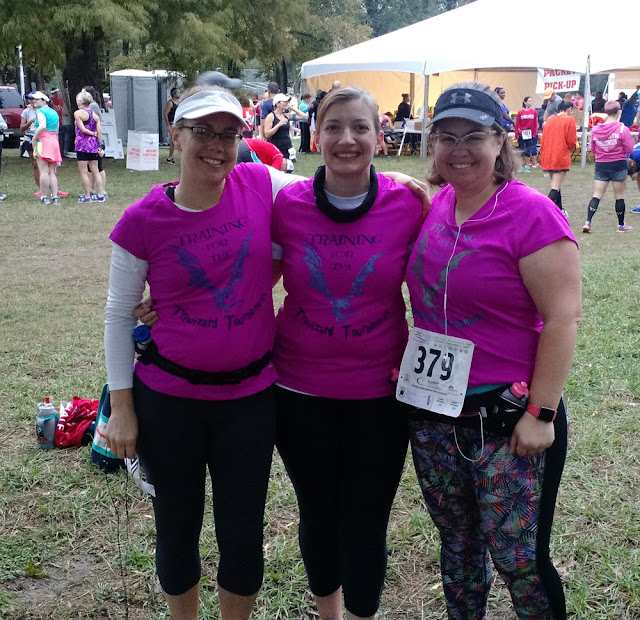 My parents came down to watch us and keep the kids while we were running, and my mom snapped this picture of me jogging along around mile 9.  I was pretty tired by then, but still going! 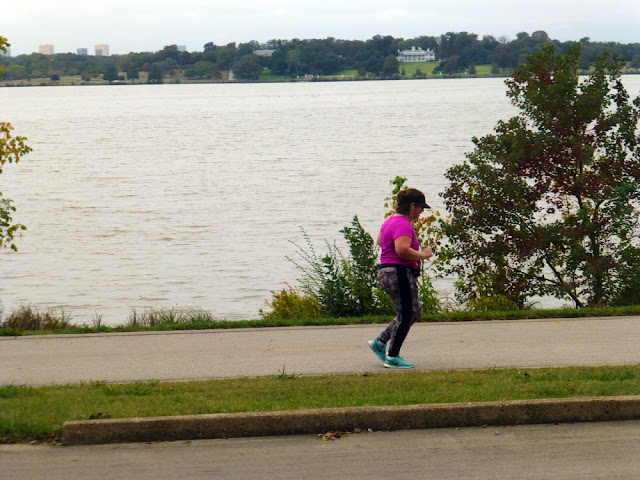 Hopefully I can keep motivated to run through the holidays!

Email ThisBlogThis!Share to TwitterShare to FacebookShare to Pinterest
Labels: Clothes

I mentioned a couple weeks back that the borders of my current quilt feature several different vignettes and that each one represents a stage in the evolutionary history of our planet.  It was quite fun to read up on the evolution of life, particularly in the precambrian era since I knew little about it compared to later eras.  Obviously "evolution of life" is a pretty big topic to break up into a few pictures, so I just picked things that jumped out at me and put them in chronological order.  Each one will have quite a bit of additional detail added with stitching once I'm into the quilting phase, so for now some of them are kind of blank.

I started with "primordial ooze"- not much to see here. The first organic molecules, polymerization of them into proteins and RNA, and then eventual compartmentalization into the first organisms will be added with quilting. 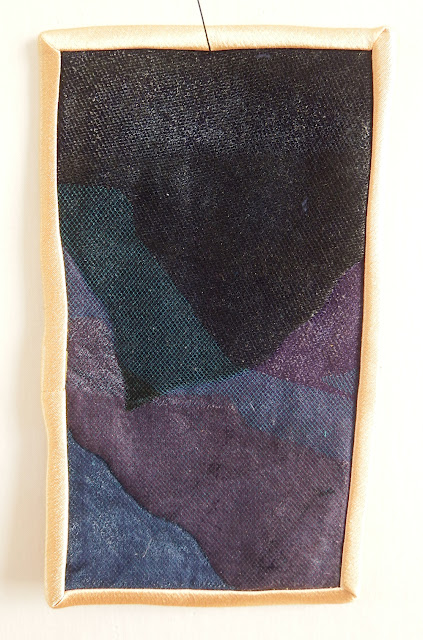 The next panel shows an undersea hydothermal vent.  Hydrothermal vents are one of the few places where extremophiles still live- organisms that don't require oxygen or light for metabolism and life.  There are some quite technical definitions for chemoautotrophs but the main idea is that they make organic molecules from carbon dioxide and utilize inorganic energy sources like hydrogen sulfide or ammonia. 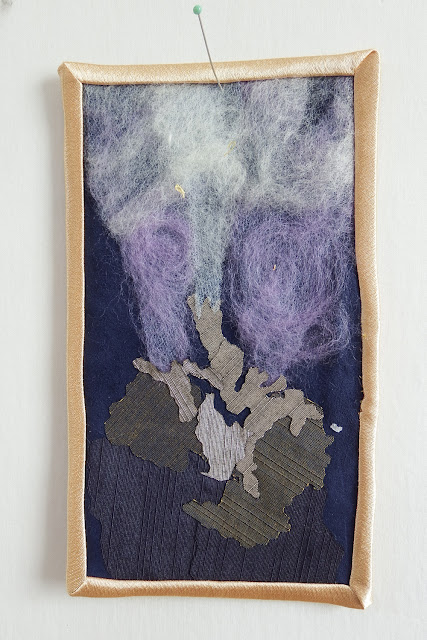 Then follows the great oxygenation event, and the rise of cyanobacteria.  This panel depicts stromatolites (a type of cyanobacteria) which are still currently found in a few isolated places.  This period was especially critical since prior to the development of photosynthesis and the ability of photosynthesizing organisms to convert carbon dioxide to oxygen, there was virtually no oxygen in earth's atmosphere.  To me, this is really really nifty- the idea that all the oxygen that we take for granted and that supports most life as we know it was spewed forth by billions of tiny bacteria over billions of years. 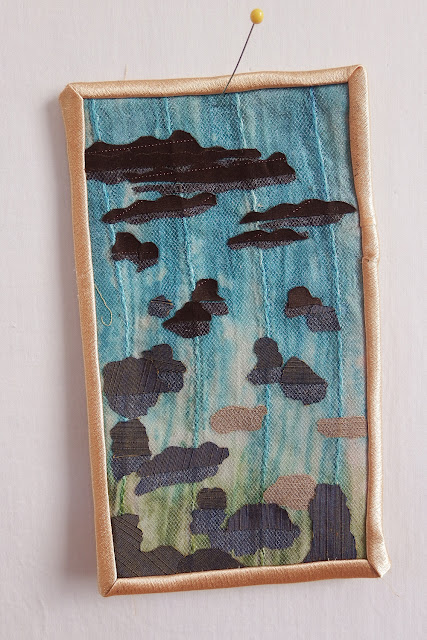 The great oxygenation event (among other things) paved the way for the Cambrian explosion which is marked by the proliferation of vast diversity among organisms.  This panel shows several, including a trilobite (I feel like they're sort of the poster children for this era), an opabinia, a hallucigenia, and a couple other things I don't actually know the names of.  This image is the bottom right hand corner and marks the turning point into what I'd think of as more "normal" life forms. 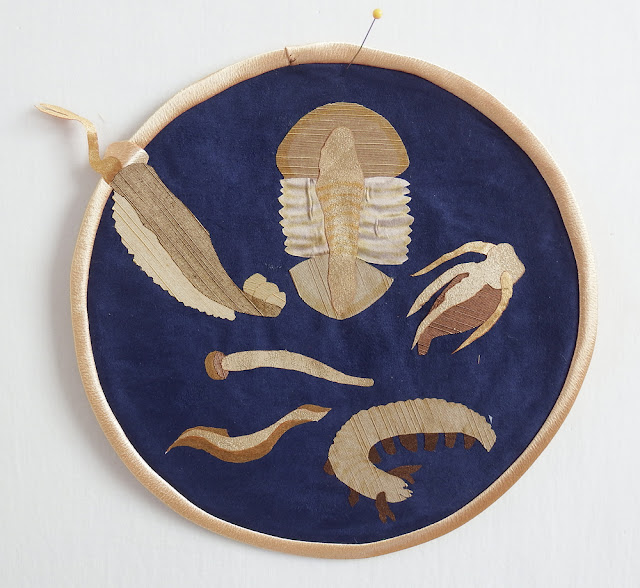 Next up is a Eurypterid, a type of large under sea scorpion.  Eurypterids were key predators and though some species were in the 15 inch range, others grew up to 6-8 feet.  They thrived for a long (long) time from the Ordovician through the Permian eras.  He's swimming along with a jawless primitive fish from the Silurian period (which is partway through the reign of the eurypterids). 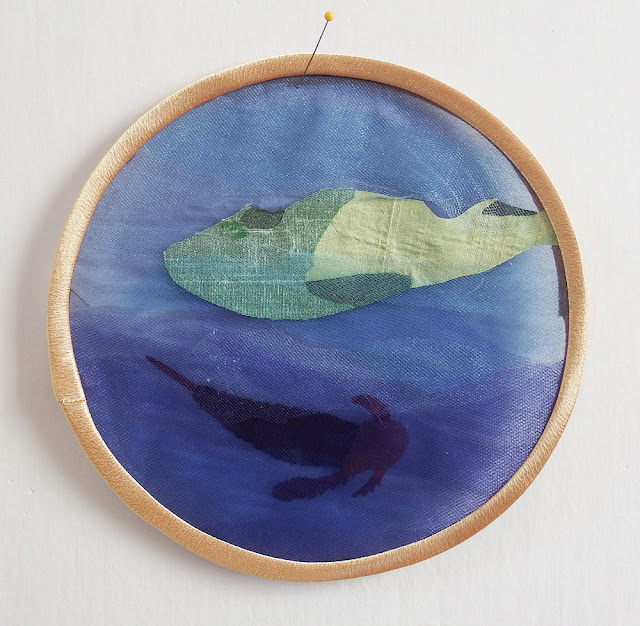 During the Silurian, the first terrestrial life appeared, and ferns first appeared during the Devonian period (right after the Silurian).  The fern is accompanied by an early terrestrial arachnid from the order Trigonotarbida.  Although they were small, they did feed off other arthropods, and after the giant under sea scorpion, I was ready for something that would eat bugs.... 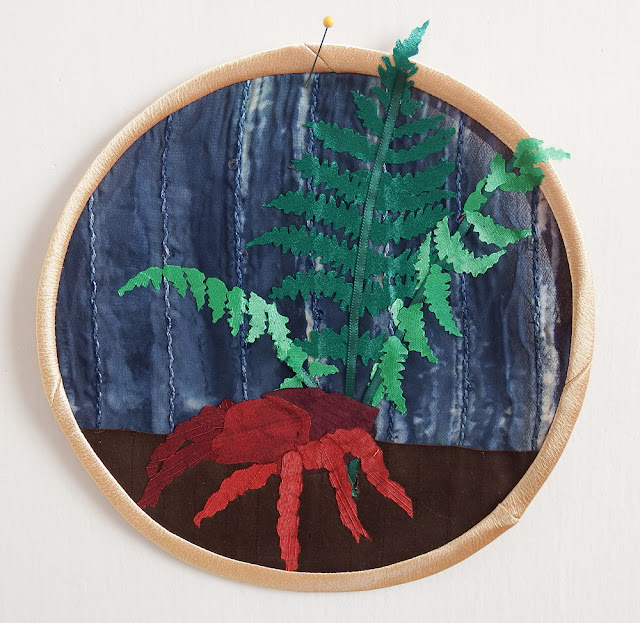 Here's where I'll leave it for today, and more animals will come along later this week!